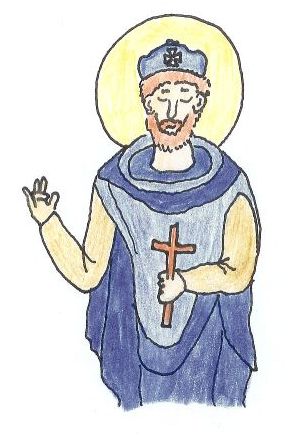 Valentines Day is celebrated on February 14th every year. It is the second biggest card-giving holiday right after Christmas. Besides valentine cards, it is customary to give flowers or chocolates to the one you want to declare your admiration for.

There are several different legends regarding the origin of Valentines Day. I guess you have to choose the one that makes the most sense to you or just believe that no one knows the exact history of Valentines Day.

It is believed that Saint Valentine was a priest during the third century.  At this time, there was an Emperor by the name of Claudius II. Claudius was building an army and believed that single men were better soldiers than married men so he outlawed marriage to build a stronger army. The priest, Valentine, believed this was wrong so he secretly married couples. When the emperor discovered this, he had Valentine arrested and put to death. It is believed that he was put to death on February 14th, thus it was named Valentines Day.

It is believed that Valentine was the name of a man who was put in prison and fell in love with the jailor's daughter. He was sentenced to death, put before the dreaded day he wrote a letter to his love and signed it "Your Valentine". Still today, Valentine cards ask "Will you be my Valentine?" and signed "Your Valentine".


Want to Look Around Some More?...